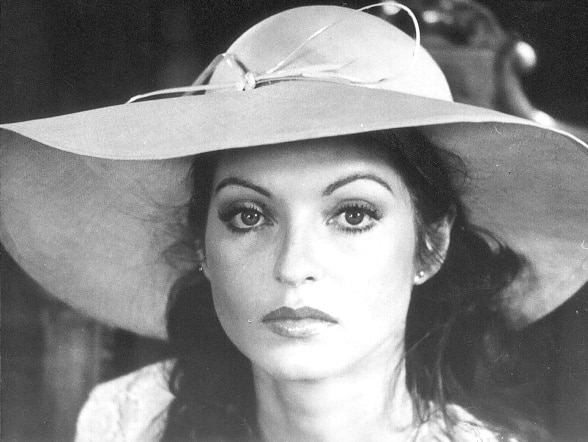 
On Sunday April 24th, we lost the French actress Marie-France Pisier, she was only 66.  Her husband found her in their home swimming pool in Saint-Cyr-sur-Mer, in the South of France.  Although the French authorities are still investigating, they suspect it was an accident.  Discovered by legendary French director Francois Truffaut at 17, she has been part of French cinema for almost 50 years.  Although less known in the US, she got noticed after winning a César (French Oscar) for her supporting role in “Cousin, Cousine,” a French movie that became popular in the US in the 70’s.  She made a few english speaking movies — Roger Ebert said in one of his reviews “Marie France Pisier, her jet black hair framing her startling red lipstick, is the kind of dark Gallic woman-of-a-certain-age who knocks your socks off.”

You will find below a well made video tribute where her sophisticated beauty shines through.  You see her as a French cinema new wave muse in her early years with the jet black hair Mr. Ebert talked about.  You can also see her in her 40’s, less glamour and more relaxed, yet still sophisticated.  The video also includes more recent pictures of a mature Marie-France Pisier in here 60’s, elegant and trendy, ready to start a new chapter.  In fact, she was heading up for the 64th annual Festival de Cannes (Cannes International Film Festival) to start on May 11th on the French Riviera to honor one of her co-stars Jean-Paul Belmondo.


If you are interested in finding out more about Marie-France Pisier’s movies, you can enjoy some of her English speaking performances such as: