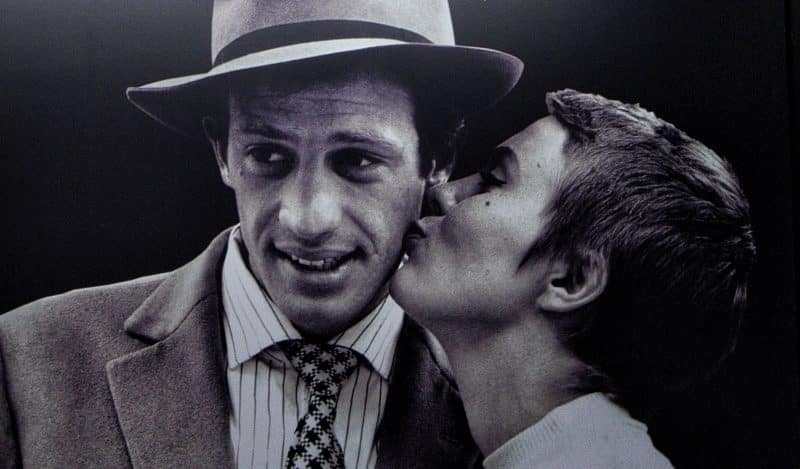 Today, Jean-Paul Belmondo, now 78, is honored at the Cannes Film Festival for his life achievement in the film industry. The event will also premiere “Belmondo, The Career”, a documentary about his life as an actor. Jean-Paul Belmondo became a French movie star with the Jean-Luc Godard’s movie “À bout de Souflle” (Breathless). It is also after that movie that he was referred to as the “French Bogart.” The French public calls him “Bébel”, his nickname but als0 a term of endearment. He remains one France’s favorite male actor. Life Magazine titled its 1966 cover “Belmondo: the new-style movie hero sexy, crazy, and cool” – I don’t know about crazy but the rest sums it up!

You will find below a well made video tribute to his long career. He is known for making his own stunts and always has gorgeous leading ladies on the screen (and off too). You will see some of them in the video: Brigitte Bardot, Catherine Deneuve, Claudia Cardinal, Ursula Andress, among others. You will see him with his famous French béret (beret) — love that! Sure, he has some more grey hair since “Breathless” but he still has his magical bright smile! Enjoy…

If you are interested in finding out more about Jean-Paul Belmondo’s movies, a few of them are available with English subtitles. Here are just a couple of them: