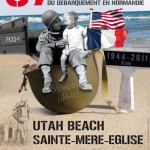 Today, France is commemorating the 67th anniversary of D-Day.  June 6th, 1944, and the many days that followed leading up to the liberation of Paris in August 1944, created an eternal bond between France and the United States. On June 6th, 1944, President Eisenhower told his troops: “Soldiers, Sailors and Airmen of Allied Expeditionary Force! You […] 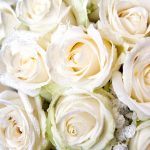 Art of the Home is off today – enjoying Mother’s Day being celebrated in France. As we mentioned a couple of weeks ago, when we celebrated mother’s day in the US, we get to celebrate it twice! So let’s celebrate all the mothers of the world one more time! We especially wanted to offer all the “mamans” a […] 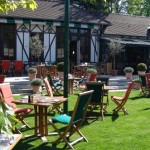 Restaurant “Le Roland-Garros” The French Open tennis tournament (tournoi de Roland-Garros) started this weekend in Paris.  Whether or not you are a fan of tennis, we thought you may enjoy views of the Eiffel Tower overlooking the vibrant red clay tennis courts of the Roland-Garros stadium.  The video below shows the French Open getting ready for […] 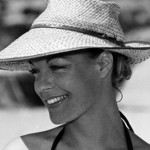 How about a French movie night (soirée ciné)?  Art of the Home recommends the touching 1972 love triangle “César et Rosalie” (César and Rosalie) directed by French director Claude Sautet. In this movie, the lovely Romy Schneider, who plays Rosalie, is caught between the love of two men: César (Yves Montand — you may remember him from his love affair with […] 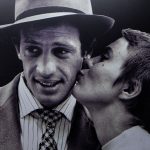 Today, Jean-Paul Belmondo, now 78, is honored at the Cannes Film Festival for his life achievement in the film industry. The event will also premiere “Belmondo, The Career”, a documentary about his life as an actor. Jean-Paul Belmondo became a French movie star with the Jean-Luc Godard’s movie “À bout de Souflle” (Breathless). It is also after that […] 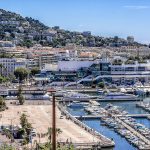 The French Riviera is welcoming the world today – especially the lovely coastline resort town of Cannes where the 64th Festival de Cannes (Cannes Film Festival) officially opens. The Boulevard de la Croisette where the Cannes Film Festival is held (nicknamed la Croisette) will be filling up with tourists, locals and starletts looking for their big break in the movie industry […]

Banon, Provence, France Today, let’s go to the South of France “en chanson” (with a song). Inspiring pictures are rolling as Nino Ferrer sings his enchanting song “Le Sud” (The South). Those beautiful pictures can spark a few ideas for our home or just give us some joy to spread around with our loved ones. Here are […]

Art of the Home is off today — wishing you a happy Easter holiday (bonnes fêtes de Pâques) — relaxing, joyful, surrounded by the people you love and of course with lots of chocolate!  À demain (See you tomorrow)… 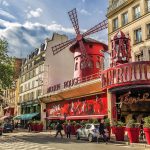 Paris, la Tour Eiffel et la Seine – Paris, the Eiffel Tower and the Seine river The trailer (see below) came out Tuesday but the movie will actually only open later this year in May. The movie will have the honor of opening the 64th annual Festival de Cannes (Cannes International Film Festival) on May […] 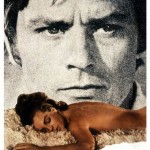