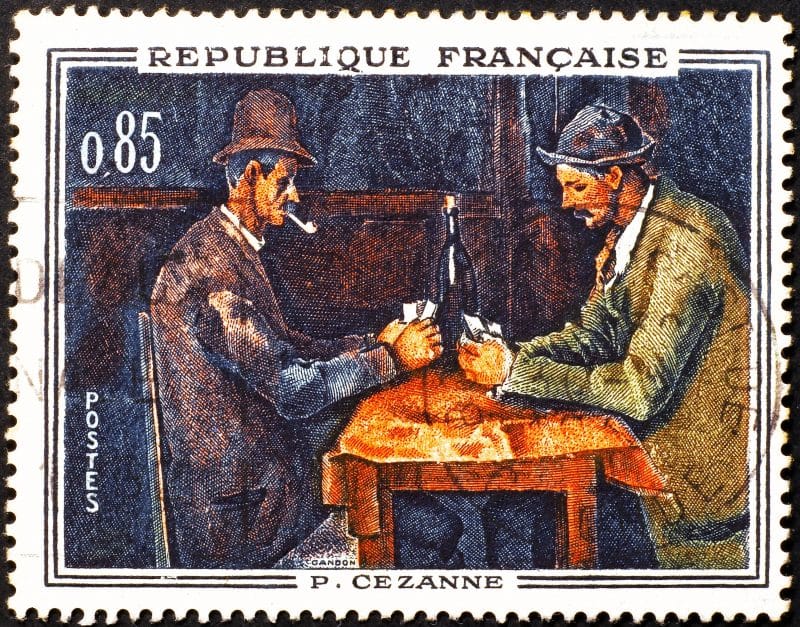 
One of Paul Cézanne’s painting from his Card Players series was sold for 191 million Euro (about $251 million) – an absolute record high for a painting! The story goes that he painted this series in the house he inherited from his father (known as the Bastide du Jas de Bouffan) near Aix-en-Provence, France where he painted a lot of his early work. This particular painting will go to a private collection (supposedly in Quatar but it’s not been confirmed yet) but the other four (there was 5 variations of this oil paintings in total) that complete the series can be seen at the Foundation Barnes in Philadelphia, the Metropolitan Museum of Art in New York, the Courtauld Gallery of London, and finally one of our favorite museum in the world the Musée ­d’Orsay (Orsay Museum) in Paris. Now if you want to hang this in your home, a reproduction of this painting would look great in a basement or in a man’s office for a “less feminine” French country touch so you may want to consider this for a father’s day gift or other occasions to celebrate the man in your life.

The Card Players is a series of oil paintings from the French Post-Impressionist artist Paul Cézanne. Painted during Cézanne’s final period in the early 1890s, there are five paintings in the series. The versions vary in size and in the number of players depicted. Cézanne also completed numerous drawings and studies in preparation for The Card Players series.