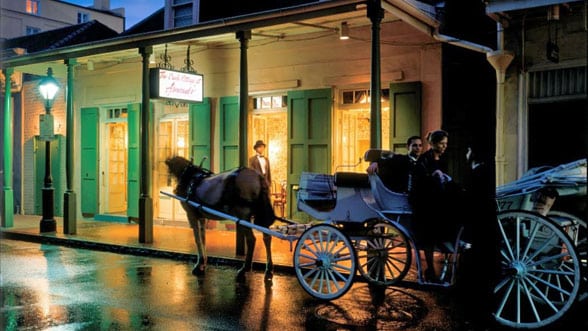 Happy Name’s Day to all the Arnaud

Arnaud’s is also the name of a famous and classic Creole New Orleans restaurants.  Its founder Arnaud Cazenave, a French wine salesman, opened it in 1918.  Arnaud’s is located in the French quarter.

Among its many options, Arnaud’s offers its guests some delightful Dixieland Jazz with a four course “prix fixe” brunch – how lovely would that be!