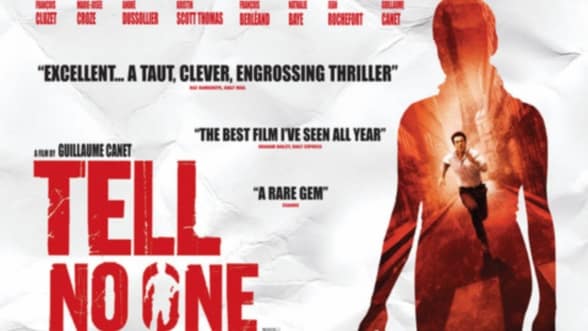 How about a French movie night (soirée ciné)?

Art of the Home recommends the amazing thriller and winner of four César (French Oscars) “Tell No One” (Ne Le Dis A Personne). It is a New York Times Critics’ Pick and we agree, it’s a MUST see!

The movie is directed by French actor Guillaume Canet. The movie is basically a French adaptation of the book “Tell No One”, the New York Times bestseller written by Harlan Coben. The movie takes place in France instead of Texas.

The talented Kristen Scott Thomas also plays in this movie – she is fluent in both French and English and plays beautifully in either language.

Below are the movie trailers in both English and French. If you’re interested, the movie can be found on Netflix or Amazon.com.