Roquefort has a special place in France and although it is most often served on a cheese platter, did you know it can also be used in appetizers? A simple appetizer made with this traditional French cheese is the ham and Roquefort roulade appetizer (roulés de jambon au Roquefort). We’ve used this quick recipe for years on both sides of the Atlantic — easy to make and always a big hit. I fondly remember being responsible the Roquefort roulade appetizer for the “apéro” growing up – a very serious job! Each roulade was carefully prepared and sliced before being offered to each guest with much pride and joy. And why is it called a “roulade”?  Nothing to do with any fancy culinary technique. It is simply derived from the verb “rouler” in French which means “to roll”. Since you are “rolling” the ham, this becomes a “roulade” — c’est tout (that’s all)! Now remember that Roquefort is a cheese with a strong and pronounced flavor but even so, the recipe calls for creaming your Roquefort with butter (what else for a French appetizer!) so this roulade appetizer may be enjoyed even by guests that find Roquefort a bit too strong.

Keep in mind that this ham and Roquefort roulade appetizer needs to be refrigerated overnight (or at least 8 hours) so it does need to be made ahead of time. Some planning will be required but then you will have more free time on the day of your dinner party to enjoy your company or simply relax – love that! 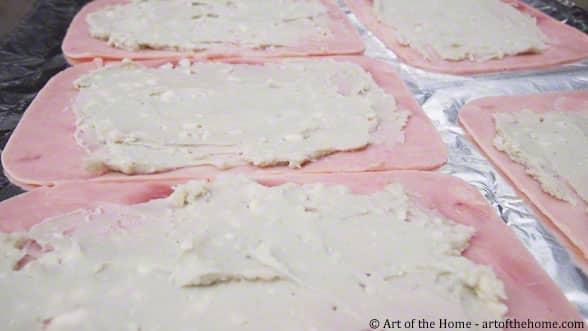 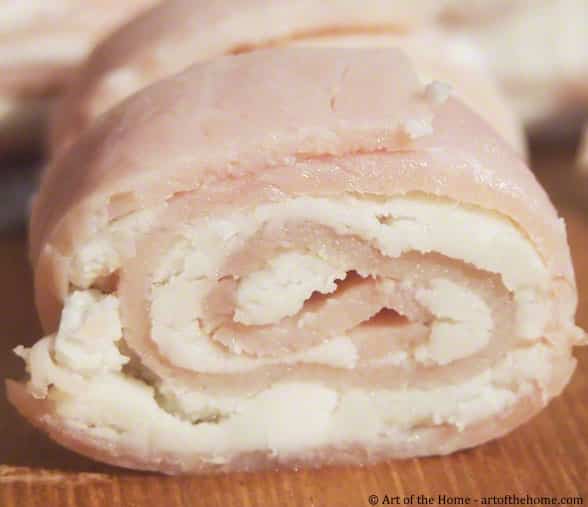 A ham and Roquefort Roulade Round