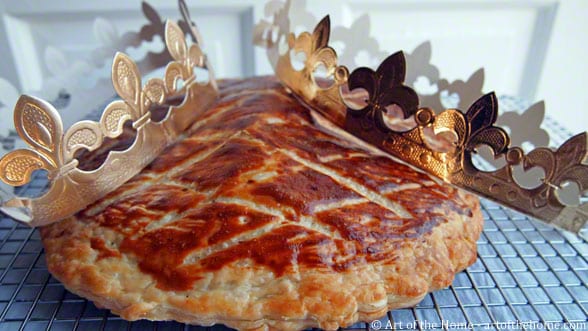 If you love delicious puff pastry almond cream cakes, France is the place to be in January. That’s the month when no matter who you visit or when you visit, you are pretty sure to be served a galette des rois for dessert or with your coffee. The galette des rois literally means the cake of the Kings, referring to the three wise men (les rois mage in French or the magi Kings) but it is really more than a religious holiday in France nowadays. Check below for the French galette des rois tradition and how you can easily prepare a homemade galette des rois in less than 15 minutes – oui c’est vrai (yes, it’s true)!

When do you eat the Galette des Rois in France? 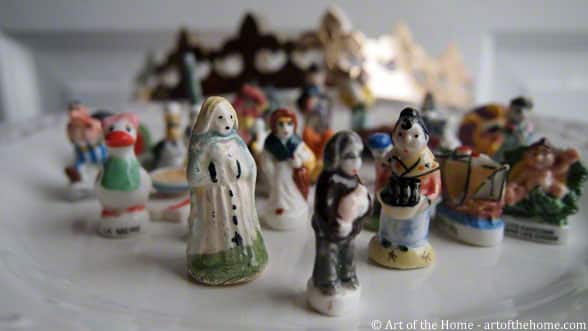 Tirer les rois (Picking the kings but really you pick a king and a queen) is a fun family affair. It goes something like that — before bringing the galette to the table, the hostess (maman/mom, mamie/grandma, etc.) would cut the galette des rois in slices (carefully trying to spot where is the feve so she can keep in mind which slice should go to one of the children). Then, one of the children turns around (and closes his eyes so there is no peeking!) and tells who gets each slice. Now be ready, you’ll need to have as many galette des rois as you have children or grand-children because you know each will need a turn at choosing the slices! That is typically not a problem, although by the end of January everbody is France is ready to move on. So the hostess would show one slice with her pie server and the fun would start:

And so one, until everybody gets a slice. Then the suspense is grand…and you hear “j’ai la fève!” (I got the fève). 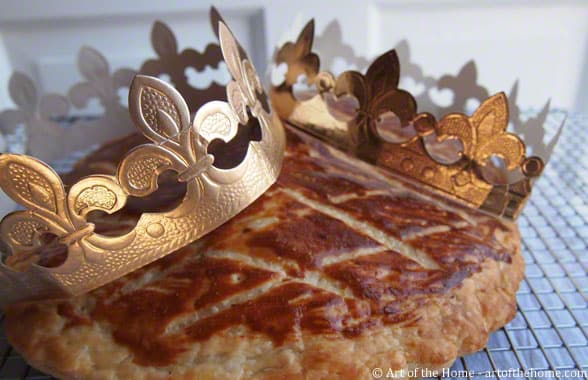 The happy king (or queen) is then crowned and he (or she) gets the other crown (bakeries always provide 2 crowns with each galette des rois) and chooses who will be his queen (or her king) and places the crown on their head – such sweet memories. And it is always so endearing to see a young boy choose his mother or a young girl choose her father – such love and joy in their eyes!

Now how about the recipe? Believe it or not, It’s very easy and only takes 10-15 minutes to prepare. To be honest we did not know that, it always looked so special and magic, we thought it would take hours. In fact, we probably would have never ventured to make a homemade galette des rois if we had been able to find some in the US. We did find a French bakery selling them many years ago but we kept looking for the feve and there was none (imagine our disappointment – no feve, no king and queen)! The following day, I went back and told the baker (a French baker!) that he forgot to put the feve in his galette des rois so we needed to get another one. I was shocked to hear that he intentionally had not put one in because he did not want to be sued in the event somebody would chock on it (I even offered to give him one from our family collection but he said “oh non, madame!”). So that was the defining moment here – I looked at old family recipes (that was before the internet!) and decided to go on my own galette des rois journey, that was the last time I bought a galette des rois in the US (we still buy some in France from local pâtissiers we trust but we bake them as well). To my surprise, it is actually very easy to make so I hope you’ll give it a try too. Simply check below the Art of Home easy classic galette des rois family recipe. Enjoy baking it and eating it – bon appétit! 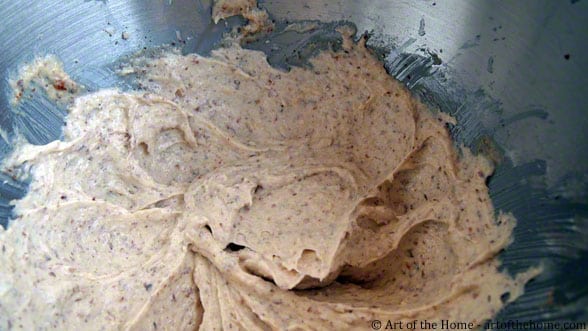 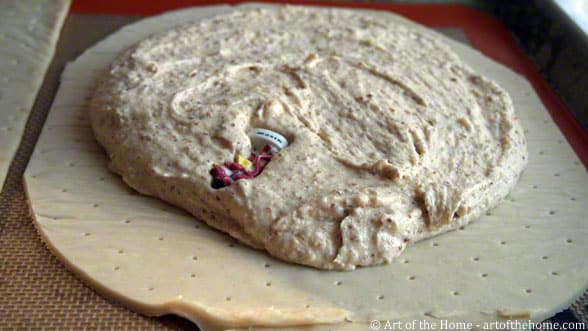 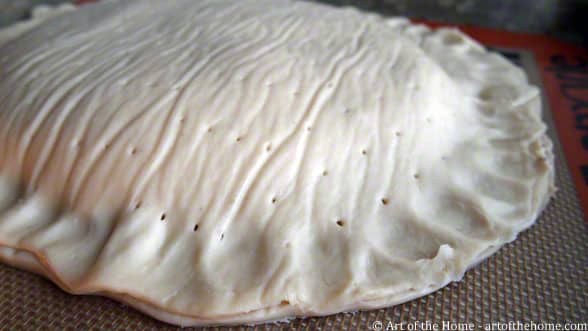 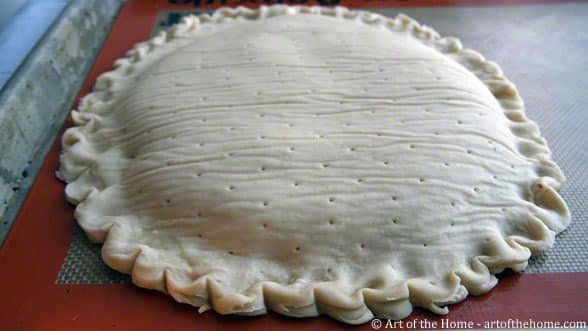 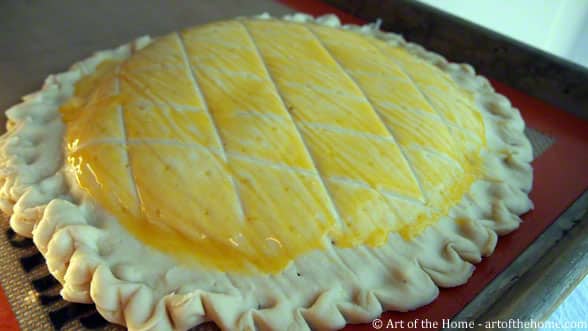