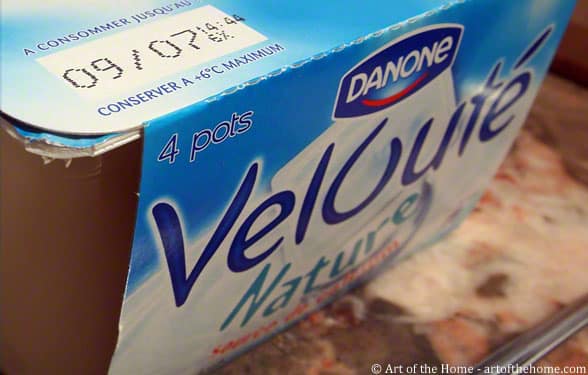 On February 6th, 1929, Isaac Carasso (1874-1939) opens a small yogurt factory in Barcelona, Spain which will become the Groupe Danone (marketed as Dannon in the US) — the multinational Paris based food-products company. He named it after his son Daniel Carasso.  Apparently, Danone is a variation of his nickname in Catalan (the beautiful Spanish region where Barcelona is located).

Check below for just one of the many variations of Danone yogurts found in France.  The Velouté (Velvety) is much more liquid that a Greek yogurt  but firmer than a liquid yogurt – kind of in between the two.  Like its name implies, the texture is very smooth.