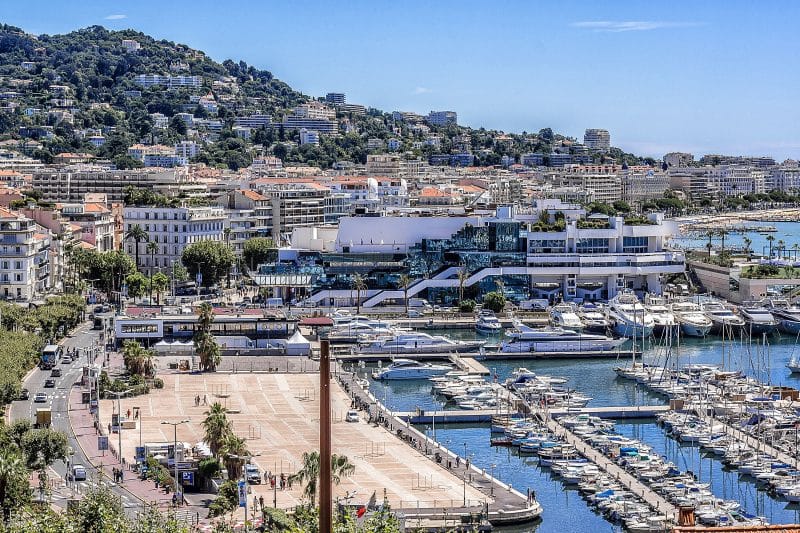 The French Riviera is welcoming the world today – especially the lovely coastline resort town of Cannes where the 64th Festival de Cannes (Cannes Film Festival) officially opens. The Boulevard de la Croisette where the Cannes Film Festival is held (nicknamed la Croisette) will be filling up with tourists, locals and starletts looking for their big break in the movie industry (a little Hollywood on the French Riviera). This year, Robert de Niro is President of the Jury (Président du Jury) and will officially kick off the festival at the opening night with the screening of Woody Allen’s much awaited movie “Midnight in Paris” (Minuit à Paris).

The Cannes Film Festival is one of the most prestigious film festivals in the world and dates back to 1946. In fact, the first Cannes Film Festival was supposed to take place in September 1939 but before it could start, World War II had already been declared. It wasn’t until one year after the war ended that the Cannes Film Festival opened its door for the first time. In the 1950’s, with international movie stars like Grace Kelly, Kirk Douglas, Cary Grant, and Gina Lollobrigida walking on the Croisette, the Cannes Film festival gained in popularity. Other famous actresses beloved from the Croisette were Romy Schneider, Alain Delon, Simone Signoret, and of course Brigitte Bardot. The highest prize of the Cannes Film festival is the Palme d’Or (Golden Palm) which is awarded to the director of the best movie competeting in the official competition (this year over 50 films are presented and 20 films are competing for the Palme d’Or). Over the years, several American directors came back from Cannes with a Palme d’Or including Martin Scorsese (Taxi Driver), Bob Fosse (All That Jazz), and Steven Soderbergh (Sex, lies, and videotape) among many others.


French poet, playwriter and filmmaker Jean Cocteau captured the spirit of the Cannes film Festival very well with this quote:

“Le Festival est un no man’s land apolitique, un microcosme de ce que serait le monde si les hommes pouvaient prendre des contacts directs et parler la même langue.” – “The Festival is an apolitical no-man’s-land, a microcosm of what the world would be like if people could make direct contact with one another and speak the same language.“

This year, many will remember Marie France Pisier who tragically left us, too soon, a few weeks ago. She was supposed to give a speech during the special evening dedicated to the career of one of her co-stars French legendary actor Jean-Paul Belmondo (“Bébel”). She will certainly be missed.